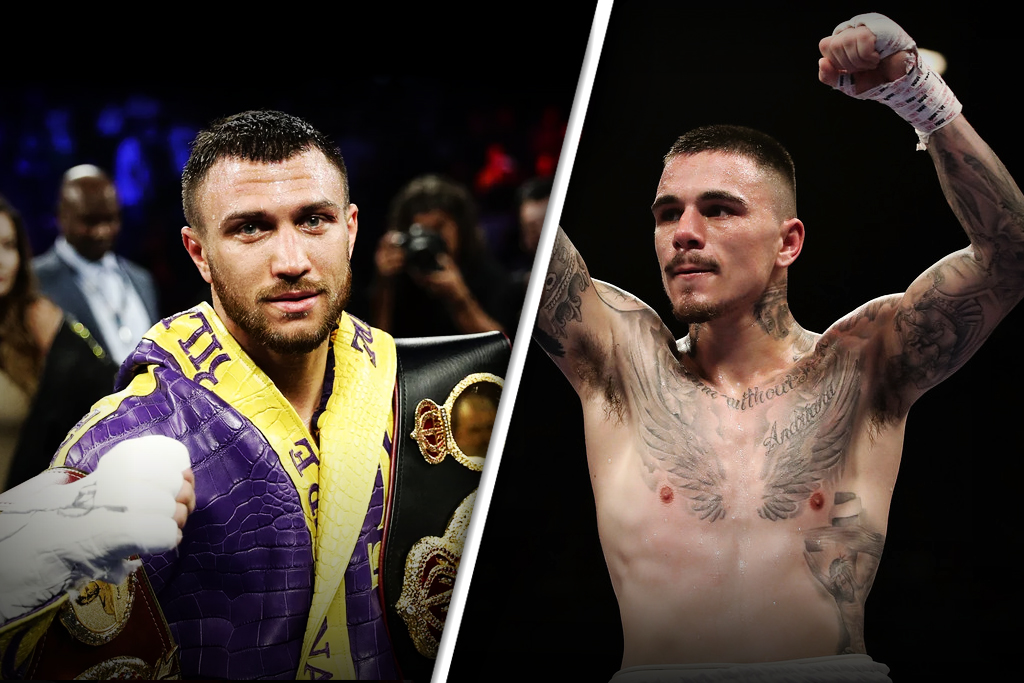 OVER the course of his legendary promotional career, Bob Arum has created a myriad of stars.

Starting with Muhammad Ali, the Las Vegas-based promoter has played a vital part in creating some of boxing’s biggest names, including the likes of Manny Pacquiao as well as more recently, Terence Crawford and Vasyl Lomachenko.

The 31-year-old Ukrainian, who captured two Olympic gold medals, is making a trend of hitting the road to defend his unified lightweight championships.

Having recently defeated brave Englishman Luke Campbell in London, Lomachenko (14-1, 10 KOs) could be set to add another chapter to his storied career abroad.

“I wanna get Lomachenko a fight this year. I know there’s a lot of places outside the United States,” Arum told World Boxing News.

“That’s my hope is that we’ll get an appropriate place and will be able to take him outside the United States once again.

“He’s a worldwide star and that means he’s got to fight in places other than just the United States in the same way Muhammad Ali did. (He) fought all over the world.

“That’s my goal and then some time next year in the first few months to match him for the fourth title with the Commey-Lopez winner.”

Among the names teased by Arum is undefeated Australian lightweight George Kambosos, who is currently signed to New York-based promoter, Lou DiBella.

" Greatness" Is A Lot Of Small Things Done Well Everyday. Exclusive Look Behind The Scenes Of My Extreme Daily Training Routine. Filmed And Produced By @epsi_media

“We’ll look around for the best fight weight,” he explained.

“With Lomachenko, you look to get the hardest possible opponent out there.”

Facing a struggle to secure a meaningful fight in the lucrative American market, the 26-year-old, who hasn’t fought in Sydney in almost three years, could be in one corner should Lomachenko decide to continue his lightweight campaign.

“When you realize that he’s fighting at lightweight when he’s really a featherweight, it’s amazing how good he is and proficient,” Arum concluded.

“Anybody that’s into boxing or even a little has to be amazed when he performs. I think that he is becoming for boxing fans all over the world a must-see.

“He’s so disciplined, so smart, it’s a real pleasure to watch an athlete performing in the sport that you really like and love perform like that.”

Lomachenko was heavily linked to a fight with Australia’s Kye MacKenzie in Sydney this year, only for MacKenzie to lose his world ratings after being outpointed by Perth’s Francis Chua.

Aus-Boxing.com@ausboxing
552 Following 7.0K Followers
RT @JasonMoloney1: TKO round 7 now 21-1 (18KOs) 🏆 What an incredible feeling!Thanks to @trboxing for giving me this massive opportunity,…
2 days ago
24
Describe the Vegas debut of @JasonMoloney1 with one emoji.#ozboxing #boxing | 📷 @4MikeyWilliams https://t.co/R7INkrte0T
2 days ago
5
RT @ben_damon: “My brother told me he loved me and that he was proud of me. He’ll be back better than ever. Trust me.” @JasonMoloney1 on @A…
2 days ago
19

“It backfired on him” – The moment Hatton broke Tszyu