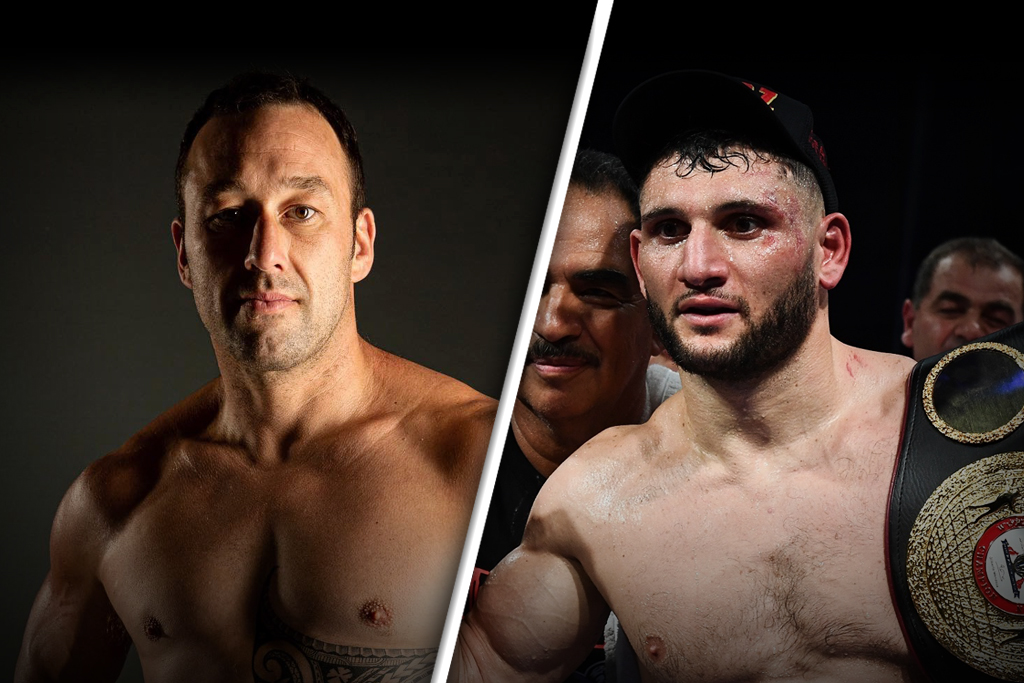 AUSTRALIA will have its own Rocky Balboa moment when Kane Watts enters the Accor Hotel Arena in Paris.

Watts, 37, who entered the paid ranks just over a decade ago, won a WBA affiliated regional bauble in March to set-up an unlikely world title challenge in the final chapter of his career.

The Melburnian, best known for a points defeat to three-division titleholder Danny Green in 2016, is looking to score an upset of an immeasurable proportion, as discussed on Hurt Business Radio.

“A lot of people don’t realise Kane is a plumber who boxes. What he’s done in his career, and stuff that he’s got going on with his family and work, outside of boxing.

“Pretty well, every Australian fighter who is on the verge of a elite level, we’re all full-time fighters. Kane has got this opportunity, he’s lucky enough to be rated inside the top fifteen in the world with his win over ‘Plugger’ Joseph.

“People don’t realise, only a couple of weeks out from that, he was going to pull out with a few injuries and other stuff in his personal life. He went ahead with the fight. One thing I will say about Kane, is all the other noise that goes on around him, whatever anyone has got to say or think, he doesn’t give a shit.

“When he makes his mind up about when he wants to do something, he’ll do it.”

Leading media identity Ben Damon echoed Mitchell’s sentiment, adding weight to the task at hand, given the impressive recent results of Goulamirian (24-0, 16 KOs), including his last result against an Australian.

“He beat Mark Flanagan in his last fight, actually, he’s the real deal. He’s a real serious dude, Watts is a legitimate Rocky story. It would be an incredible victory if he could go over to Europe and win this fight.

“I really hope he pulls off the upset, it would be the stuff of folklore, and he’s a great fella. To do this as a part-time boxer, to get to this level, what an achievement.”

When given the opportunity to quantify the enormity of a win by Watts (21-3, 13 KOs), Damon offered an unimaginable comparison, one that would place Watts in Australian sporting folklore.

“It would probably be bigger than Jeff Harding. This is in the realms of Buster Douglas,” he concluded.

“It’d be that big of an upset. It’d be Andy Ruiz and Anthony Joshua at Madison Square Garden, it’d be bigger than that.”

Aus-Boxing.com@ausboxing
526 Following 6.9K Followers
RT @jwhateleyboxer: Proud to announce my trunks went for $640, all of which is going to the Bushfire Appeal. Thanks to everyone who bid, sh…
19 hours ago
8
There were few more exciting than a prime @WillTomlinsonAU.The fan-friendly super featherweight lifts the IBO cro… https://t.co/Hp16BObzTl
2 days ago
2 21
A career-best opportunity looms for Ben Kelleher.Who would you like to see the former national titleholder face n… https://t.co/uTCbk4G7hO
3 days ago
7

Why Lucas Browne will never fight in Australia again