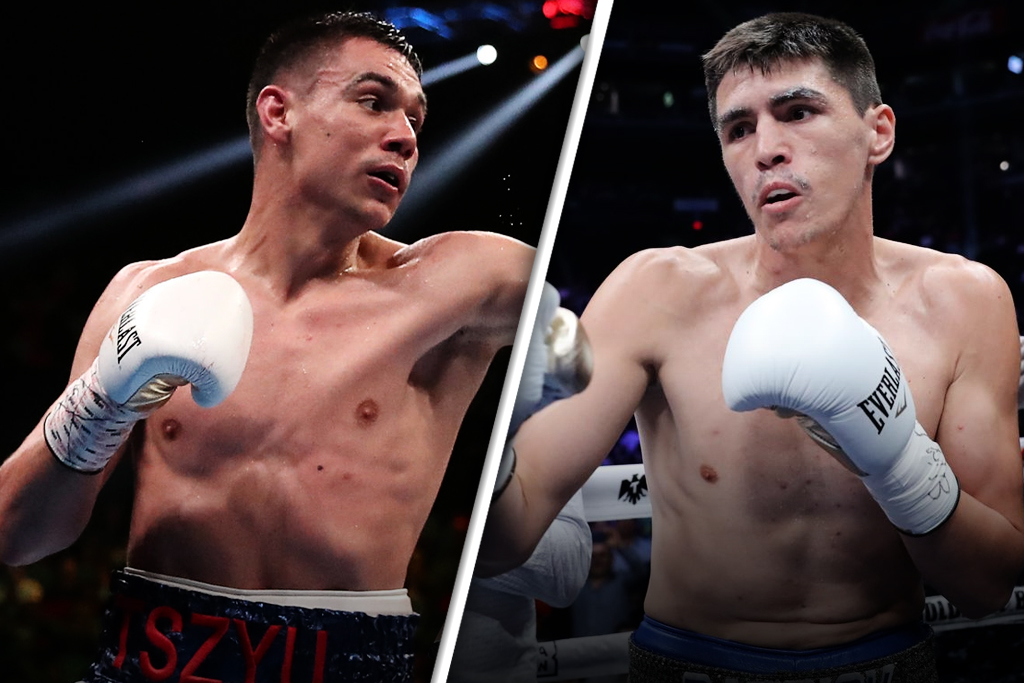 THE meteoric rise of boxing prince Tim Tszyu is on the cusp of astronomical acceleration with revelations that a world title shot could be approved before the end of the week.

Tszyu rose to second position in the WBO’s rankings at light middleweight, with his demolition of former champion Jeff Horn on August 26 and now the organisation is considering an application for Tszyu to face current champion Patrick Teixeira in Australia before the end of the year.

“All parties are very interested in making this fight happen – Teixeira’s promoters (Golden Boy Promotions) want to see him back in the ring defending his belt as soon as possible and the WBO is obviously in the business of keeping their champions active,” says Tszyu’s promoter Matt Rose.

“There’s a few hurdles to get over but it’s looking good and it could all happen very quickly, plus it helps that the world just saw a big crowd at our event in Townsville.”

Brazil’s Teixeira was mandated to face Argentina’s Brian Castano in his first title defence, and their teams struck a deal for a bout to take place on a Golden Boy card before the pandemic struck.

With Brazil, Argentina and the US still firmly in the grip of the virus there exists no clear path towards that fight being rescheduled and no timeframe on crowds returning to boxing events.

“Ultimately we have asked the WBO to grant the champion (Teixeira) a ‘voluntary’ defence given that it looks increasingly unlikely he’ll be able to fight his ‘mandatory’ before the end of the year,” says Rose.

“Australia is a very enticing prospect for everybody involved as unlike the US, Brazil or Argentina we can have crowds at boxing events right now and the restrictions on crowd numbers are being eased.”

The WBO is expected to make a decision this Thursday and if Teixeira v Tszyu is approved Rose is confident his family’s No Limit Boxing promotional company will be able to quickly finalise a deal with Oscar De La Hoya’s Golden Boy Promotions, before attention turns Visa applications for the Brazilian and his team.

“We have a lot of interest from Sydney, Queensland and Perth about hosting what would be a ‘once in a lifetime’ event. If we can get the fight done then we will work with the governments to ensure we can safely get Teixeira into the country,” says No Limit Boxing CEO George Rose.

Southpaw Teixeira is 29 years old and has won 31 of his 32 professional bouts but hasn’t fought since November last year.

Aus-Boxing.com@ausboxing
579 Following 7.2K Followers
A final face-off between Justis Huni and Arsene Fosso.There was also plenty of tension between Issac Hardman and… https://t.co/Ke4tf80x0J
14 hours ago
10
RT @AndrewMoloney: 2021 I have two trilogies to take care of!! First Franco, then I’m coming for @terencecrawford 🥊🏆🏆🏓#TeamMoloney
15 hours ago
13
Thursday night | 6:30pm AEDT | Fox Sports 505
16 hours ago
6

Social media reacts to ‘one of the worst calls ever’